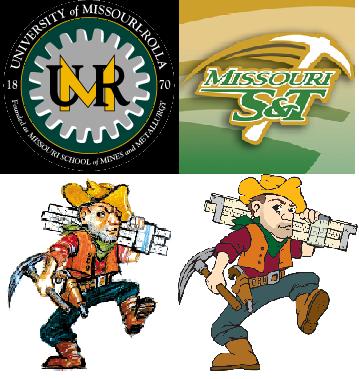 I graduated from college almost five years ago. I earned a Bachelor of Science degree in Architectural Engineering with an emphasis in Construction Management and a minor in History from the University of Missouri – Rolla. A lot has changed since then. One change occured only a year after I graduated. My alma mater changed her name.

Missouri University of Science and Technology

So what’s the big deal? They changed the name to better portray the school’s status as Missouri’s premier technological university. Awesome! They changed the name back in the sixties for a similar reason. Formerly Missouri School of Mines and Metallurgy (MSM), the school had always been a part of the UM system, including Mizzou in Columbia, UMKC & UMSL, it only made sense to rebrand as UMR especially as the school was becoming know for much more than its mining program.

Well, the problem is that a reputation and brand had been built over the past 45 years. Even more troubling is the fact that in today’s age of technology and automatically filtered searches, people and even more importantly computers don’t recognize the university by its new name. People in recruiting and engineering were familiar with the University of Missouri – Rolla, but recruiters fail to recognize MST in a drop-down box, often assuming it’s merely a two-year technical college, and even my boss didn’t notice Missouri S&T as the school that I attended. My parents and brother have even met a person who was very familiar with UMR and works in the admissions department of another institution of higher learning and was unable to identify MST.

So what’s in a name? Simply put… Identity.

A word to the wise… Protect yours. Strive to be known for your integrity, character and conviction, and then fight like heck to defend it.

Do you know something or someone who has ever lost their identity?