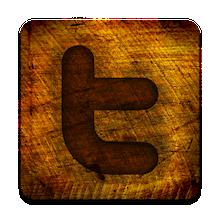 Since when does it get dark at 7:30? #DaylightFail

And that’s how you tune an energy model! #BOOM #EasyButton

Those drivers probably thought: That’s the fastest I’ve ever seen an over weight invalid run. Good for him! // #Spent #SparkMe

Passed several guys driving those tiny Mercedes SUVs while running this AM. Thought: That’s the most adorable Benz I’ve ever seen. So cute!

Thankful for @mattchandler74 & the terrifying sovereignty of God. Christ in me- The hope of Glory- Be my everything. #worship #vivification

I’m not sure if Dennis Leary is supposed to be funny or cool, but I hate him.

Wife says I’m the “TV remote Nazi”. As long as I’m not watching Kendra or Girls Next Door, that’s fine with me.

I’m a big fan of reflecting on the past. Seeing areas that still need work after months and years is beneficial, and seeing how you’ve grown is incredibly encouraging.

Do you evaluate yourself over time? If yes, how so? Do you use performance metrics?